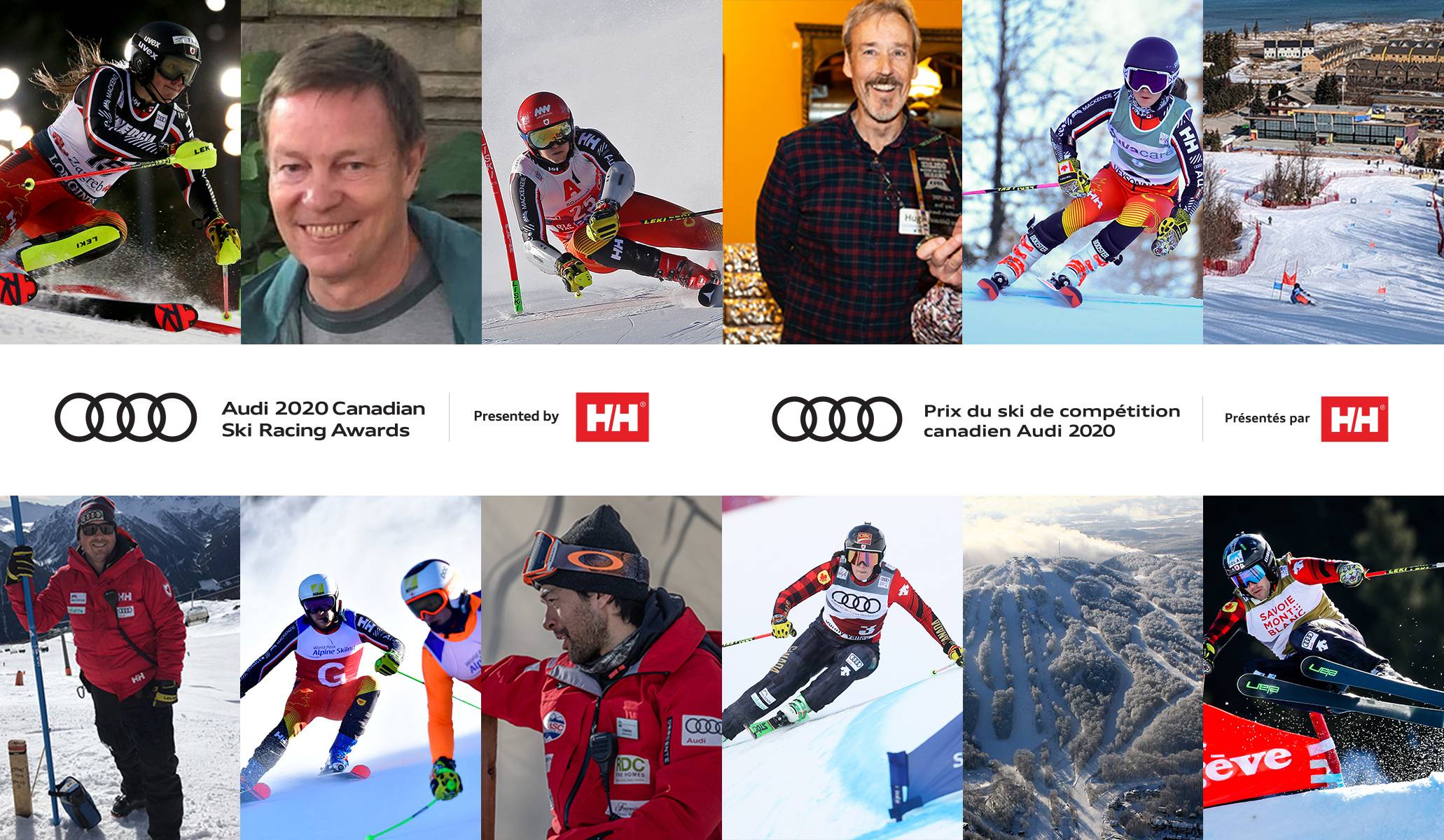 Calgary, Alta. (May 13, 2020) – Canadian ski racing fans had their say with thousands submitting nominations and marking their ballot for the Audi 2020 Canadian Ski Racing Awards presented by Helly Hansen, which closed on April 17.

The annual awards recognize the best in Canadian ski racing performances and contributions over the past season. All votes and nominations were tallied and reviewed by the Audi Canadian Ski Racing Awards’ Selection Committee. The committee, made up of volunteers from across the ski racing world, ensured that the selection process was fair, engaging, and productive. This year’s recipients are:

“We’re extremely proud of all the athletes who competed this past winter,” said Damien Etchaubard, Director of Marketing for Helly Hansen Canada. “These awards celebrate the people who make ski racing possible and Helly Hansen is proud to support such amazing athletes, volunteers, and ski areas. We hope these awards motivate all the professionals and aspiring pros to keep following their dreams and to work hard in making them a reality.”

This year’s Volunteer of the Year Award has been awarded to Henry Voss of Vancouver B.C.

“No event, large or small, can happen without the tremendous efforts of Volunteers. Helly Hansen is proud to support the volunteers who make skiing and ski racing possible and congratulates Henry Voss on the exceptional effort put into last season,” said Etchaubard.

The recipients of the Audi 2020 Canadian Ski Racing Awards presented by Helly Hansen will be part of Alpine Canada’s 2020-21 Season Launch Event and will be presented in Toronto this fall.